64 high school robotics teams from across New England met at the University of New Hampshire April 6th to 8th to compete in the FIRST Robotics New England District Championship. Having just came off their win at the Hartford District Event the weekend before the CyberKnights knew with the best in New England coming together, innovative game strategies would be needed to achieve their goal of a Three-peat.Southington proved to be one of the best high goal shooters achieving the 40kPa pressure mark in the autonomous period for most of their matches. This function has only been achieved by a handful other teams in the world and will certainly be a differentiator as they move on to play at the World Championship level.  The team also shares the current world record for the highest achieved score of 522 points. Southington was invited by Team 2168 the Aluminum Falcons from Groton, CT to alliance in the playoffs and Team 195 graciously accepted. This is the same team they won the New England title with last year. The two teams also invited team 1073 from Hollis, New Hampshire to join them in their quest for the banner.  The playoffs were rough, scrappy matches with robots battling hard and taking damage.  But the alliance proved successful after a very hard fought playoff rounds bringing home the banner. This is the third year in a row the CyberKnights have won the FIRST Robotics New England Championship. Southington CyberKnights will travel to St. Louis to compete in the FIRST Championship on April 26-29.  Due to the growing number of teams in the world, the FIRST organization is having TWO championship events this season.  The North Championship held in St. Louis and the South Championship held in Houston TX.  They will crown TWO champions  for the first time in their history.  The champions will face off during the summer in a webcast competition held at the home of Dean Kamen, world renowned inventor and founder of FIRST Robotics.The CyberKnights are ready for the challenge and have their sights set on a Division Banner and a North Championship title!Thank you again for your continued support of these amazing students!  Please enjoy this short recap video of the event:  https://www.youtube.com/watch?v=e3OcFiNt_1M&feature=youtu.be 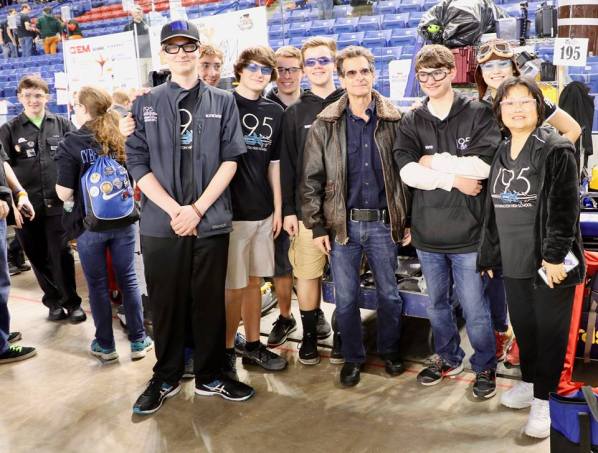 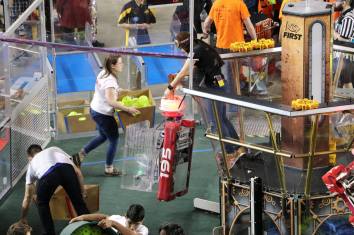